hey , I am glad you are back , make sure you check the answer for the previous puzzle it’s already up.    On the previous post we traveled to Asia and today we are going to Ancient Egypt .

Ancient Egypt was a civilization of ancient North Africa, concentrated along the lower reaches of the Nile River in the place that is now the country Egypt. Ancient Egyptian civilization followed prehistoric Egypt and coalesced around 3100 BC (according to conventional Egyptian chronology) with the political unification of Upper and Lower Egypt under Menes (often identified with Narmer). The history of ancient Egypt occurred as a series of stable kingdoms, separated by periods of relative instability known as Intermediate Periods: the Old Kingdom of the Early Bronze Age, the Middle Kingdom of the Middle Bronze Age and the New Kingdom of the Late Bronze Age.

Question/ puzzle /charade of the day

Clue:  The script of the ancient Egyptians is called ……………..

The answer to this question contains 13 letters. 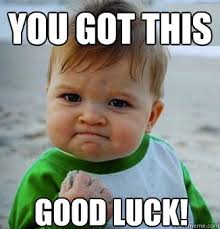 I have been a student for more than a decade and Just realized there is no better teacher than Life itself, and you should do what you love or what you think you love until you decide you don't love it anymore, but do it once . " change is good , funny thing about change is if nothing Changes nothing changes" hence the blog , I needed change , Who I am is a question I can't really answer right now , the truth is I am still figuring it out , meanwhile call me Vee. View all posts by vee